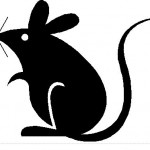 As she does every night, when settling in, Amelia has a routine. She puts on one of her favorite powder blue dressing gowns, grabs a cup of warm milk and her favorite book and heads to bed. When her eyes start to get heavy, she puts down the book, turns out the light, and drifts off to sleep.

Before retiring, her routine includes placing her hearing aids into a little plastic case for safe keeping. Amelia puts the little green container on the kitchen counter. This simple routine is one that she has been doing for years. One night the routine changed.

One day a couple of weeks ago, Amelia took out her hearing aids, put them into their container for the night. She noticed that the case didn’t quite close, but wasn’t particularly worried about it. It didn’t always close, but it never presented a problem. Amelia lives alone, and who would want her hearing aids. It wasn’t like someone would break into the house and steal them. The container was used mostly to keep them clean and in their place. As she does every night, Amelia got her milk and midnight snack and went off to bed.

The next morning she woke and headed to the kitchen. Again, a routine of many years. She reached for the container, and the hearing aids were gone. “Hmm, that’s a mystery,” she thought. “I could have sworn I put them in there last night”. She looked around the kitchen. No sign of her hearing aids. She looked in the living room. Still nothing. No sign of them in her bedroom either. “How peculiar”, she said aloud. “Where could I have put them?”. She searched high and low, with no sign of anything but the little green plastic case that sat still on the counter.

At this point, Amelia had assumed it was just a memory problem. She knew she had taken them out and put them somewhere. After searching for what felt like hours , she called her granddaughter and asked if she could come help her look for them. Mary, the dutiful granddaughter, was there in minutes. She has always taken care of Amelia. Together they tore apart the kitchen looking for the elusive hearing aids.

Beside her stove, folded neatly, sits a little tan step stool. As Mary pulled it out to check next to the stove, out pops the hearing aid. It was dangling off the side of the step stool. “Oh, thank goodness you found it”, said Amelia. “Gee, Gram, how did it wind up there,” questioned Mary. “I have no idea”, said Amelia. The continued to look for the second hearing aid, to no avail.

After a good deal of investigating around the kitchen area, they found the reason for the loss was not Amelia’s memory as they had originally thought. The culprit turned out to be a thief. It was a burglar in the night.

Now, you ask who would want to steal a little old ladies hearing aids? Believe it or not…a mouse.

For some strange reason, the mouse had taken the hearing aids back to it’s hiding place. While they did find one, they never found the second one. They pulled out the stove and looked behind it, and under it. Nothing.

What no one can figure out is why a mouse would steal two hearing aids? Like the cat burglar , who would steal jewels in the night, does the mouse expect to sell the hearing aids on the black market.

Who knows? Maybe the mouse is getting a little hard of hearing. If you see a mouse out there in the world wearing only one hearing aid, it probably belongs to Amelia.