What Is Alzheimer’s Disease?

Alzheimer’s Disease is a disorder of the brain. It mostly occurs later in life, but it can strike in younger years, too. People who develop Alzheimer’s develop a progressive loss of memory. Over time, they gradually lose the ability to function on their own. Years ago, studies were done that thought it to be an accumulation of aluminum in the brain. Aluminum, lead, and mercury in the brain is no longer believed to be a cause of AD. Studies of late have shown that there can be genetic component. The true cause is still unknown. Alzheimer’s is a form of dementia. Developing AD is not a normal part of aging.

There are two forms of Alzheimer’s.

1. Early onset AD occurs in people who are under 60. It tends to happen less often, but when it happens, the disease progresses rapidly. Early onset AD tends to run in families. Genes to this affect have been identified.

2. Late onset AD occurs in folks over 60. While it may run in some families, the role of genes is less clear.

Alzheimer’s starts out differently for everyone, but for the most part. It then moves onto other, more severe symptoms. The symptoms can include difficulty of mental function including emotions, language, memory and judgement.

When a person starts to have mild cognitive impairment, this is the stage between just forgetting due to age and the development of AD. Some people with MCI never develop AD. They are aware of their forgetting things, but it does not impair daily life.

Symptoms of MCI include not being able to do more than one task at a time, or a hard time solving problems. Forgetting recent conversations is also a symptom.

Early symptoms of Alzheimer’s has the person misplacing things, changing moods, loss of interest, or getting lost on a familiar route. Difficulty performing tasks like balancing a checkbook is also a sign.

As the AD becomes worse, the symptoms become far more obvious to family and friends. Some people start having delusions. They become depressed and some people even become violent. Meal preparations become impossible. The person can no longer read or write.

With severe AD, patients will not recognize family or friends. They forget how to eat, and swallowing problems occur. They even forget how to bathe and dress. People with severe AD can no longer take care of themselves and should not be left alone.

Supplements That Can Be Helpful

Phosphatidylserine, is a naturally occurring compound that is found in the brain. It is related to lecithin. It has shown to improve mental function in some individuals.

Acetyl-L-carnitine is a molecule that also naturally occurs in our brains and other tissues. ALC improves memory, and improves overall function for the patient. The research involving ALC shows patients taking 500 mg three times a day.

Large amounts of Vitamin E may slow the progression of Alzheimer’s. A two year study done by the Alzheimer’s Disease Cooperative Study show that 341 people who took 2000 IU of Vitamin E each day were able to extend the time patients were able to take care of themselves at home.

Initial studies show that tyrosine, combined with other amino acids can be beneficial to the AD patient.
Herbs That May Help Relieve Symptoms of Alzheimer’s

When one thinks of a brain herb, most think of Ginkgo. The leaves from the Ginkgo Biloba tree has been the leading treatment for early stage Alzheimer’s for years in Europe. It is not a cure, but a ginkgo extract can help to improve memory function. When taking 240 mg a day, it can help memory, attention, and mood changes. The doses would be taken as 60 mg three times a day. Changes were noted as early as one month after starting the course of treatment. Ginkgo can be used in adults that don’t have AD to help improve their brain function, too. Ginkgo offers a much safer alternative to the drug Cognex, This medication is extremely toxic to the liver. It is important to maintain a healthy liver.

The class of herbs that are often used for the elderly are called adaptogens. You can make a tea, or tonic from them. These herbs are Ginseng, Eleuthero, and Astragalus. Each helps the body to adapt to changes. Ginseng has been long used in Traditional Chinese Medicine (TCM). It is commonly used for older folks that are showing signs of memory loss. It can also help to counter depression.

Astragalus contains numerous natural compounds, amino acids and trace minerals. It has potential to help the immune system. It is helpful for weakness and fatigue.

Eleuthero is also known as Siberian Ginseng. It helps support immune function. As an adaptogen, eleuthero helps the body adapt to stress. It does this by encouraging the adrenal glands to function normally when challenged by stress. It also combats harmful toxins in the body. 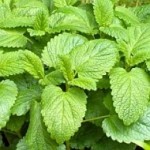 Lemon balm can be used to help calm agitation in the patient. Use lemon balm essential oil for inhalation therapy. It can be put on a tissue, or used in a oil diffuser. Lemon balm can also be drank as a tea. It helps to calm anxiety and stress. The normal dose would be 2-3 times a day. It is best to talk with a herbalist to formulate the proper dosage. 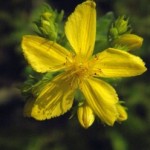 an be beneficial if the person suffers from mild to moderate depression. It can be taken as a tea, pills or capsules. St. John’s Wort is the one herb you have to be careful with, as it interacts with many medications. Read more about interactions of St. John’s Wort.

Side Effects of Herbs and Supplements

If taken as indicated, there are no know side effects. Alzheimer’s patients should avoid zinc. More studies need to be done to conclude what it does to them. Be sure to ask your doctor what is best for you, or you loved one. What works for one patient does not always work for all.Find a doctor that will work with you if you choose a natural approach to AD.

Ginkgo is essentially void of any side effects, unless you are allergic to the plant. Mild headaches can occur.

Used as directed, Eleuthero and Asian Ginseng are generally safe. In some cases, Asian Ginseng can cause over stimulation. If this happens, the herb should be stopped. Persons with high blood pressure should not take any form of ginseng.

Astragalus has no known side effects.

Lemon balm should not be taken internally by people who take thyroid medication.

This article is not meant to treat, or cure an illness. It is meant for informational purposes so people have the choice to decide their own course of health treatment. Always consult a doctor before starting an herbal or natural healing method. You doctor will work with you to find the best course of action for you.