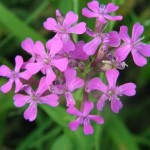 An Autoimmune disease is a condition that transforms in the body from an inappropriate immune response of the body. The body, or it’s organs actually go against substances and tissues that are normally present in the body. In lay man’s terms. the immune system makes the mistake of thinking that a part of the body is a pathogen, or an antigen, and starts to attack it creating minor to severe health issues. Woman are 75% more likely to get an autoimmune disease.

Hashimoto’s Thyroiditis also known as hypothyroidism is an auto immune condition where the thyroid starts to attack itself. The body no longer recognizes the hormones, and starts treating them as a “foreign” object in your body. Your thyroid attacks and “kills” the hormones as they are released. This causes the thyroid hormones T3, T4, and TSH (Thyroid Stimulating Hormone) to fluctuate in regularity. Symptoms of Hashimoto’s include weight gain, hair loss, constipation, difficulty in thinking or concentrating, dry skin, fatigue as well as other symptoms.

Those with thyroid issues should also avoid lemon balm.

Addisonâ€™s disease which is also sometimes known as hypoadrenalism is a rare but chronic disorder of the endocrine system. With Addison’s, the adrenal glands do not produce a sufficient amount of natural steroid hormones. Symptoms of Addison’s include abdominal pain, weakness, and low blood pressure. In severe cases it can lead to a coma. The condition arises when the adrenal gland itself, goes into a state referred to as “primary adrenal insufficiency”, and is usually caused by damage to the bodies immune system. Addison’s disease are usually diagnosed with blood tests, but imaging may also be used. Treatment will be lifelong, and involves replacing the absent hormones. You doctor will want to monitor you regularly for other health issues.

Celiac disease attacks the immune system when wheat protein is eaten. The disorder affects the small intestine and affects people of all ages. Studies suggest that people are predisposed to the disease by genetics. The symptoms of Celiac include chronic diarrhea, fatigue, and inflammation in the intestine. If present in children it can cause failure to thrive. It can include other symptoms throughout the body. It is thought that 1 in 100 people in the U. S. have Celiac.

Celiac disease is caused by a reaction to the gluten protein found in wheat, barley and rye. Upon exposure to the wheat protein the enzyme tissues changes the protein, and the immune system reacts and causes an inflammatory response. This response interferes with any absorption of nutrients. The only known effective treatment is a gluten free diet.

Rheumatoid arthritis (RA) is a chronic, inflammatory disorder that is systemic. It normally attacks the flexible joints like fingers and toes, but may also attack organs, and tissues in the body. The pathology of the disease process often leads to the destruction of articular cartilage of the joints. Rheumatoid arthritis can also affect the lungs, heart and eyes.

Women are three times more likely to develop RA then men. Only about 1% of the world’s population is affected by RA. Onset is normally around the ages from 40-50, but can affect any age group.

Crohn’s Disease is a type of inflammatory bowel disease that can affect any part of the gastrointestinal tract. It causes many symptoms, including pain in the abdomen, diarrhea, vomiting and due to these, weight loss.

Although most of the disease affects the bowels, some people can develop other symptoms like skin rashes, tiredness, and lack of concentration.

With the disease, the immune system attacks the gastrointestinal tract. The body sees the microbes as antigens.

There is sometimes a genetic factor to acquiring Crohn’s. Siblings are more likely to get it if another sibling has it. Both females, and males are equally affected by the disease. Those who smoke are twice as likely to get it as a non smoker.

Some diseases are just suspected as autoimmune issues by the regular medical community, but herbalists and natural healers feel they are definitely an autoimmune disease. They would be treated as such by an herbalist or naturopath.

This is just a small sampling of autoimmune disorders. It doesn’t matter which one you have, immune stimulant herbs can make the disease worse. It could make the disease progress faster in certain cases. 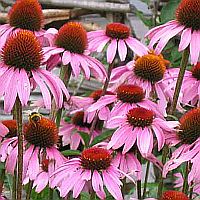 What Are Adaptogenic Herbs?

What you want instead are immune supporting or immune balancing herbs. Herbs that support and balance the immune system. This is the important difference! You want to choose the tonic herbs that are adaptogens. An adaptogen herb helps the body to “adapt” and normalizes the autoimmune disease. Adaptogens help increase the bodies resistance to mental, physical and environmental stress. They are unique from immune stimulant herbs, as they balance the hormones in the endocrine system, but don’t boost the immune system. The adaptogen herbs help the body maintain optimal homeostasis.

Astragalus root is used in Traditional Chinese Medicine (TCM). It helps to maintain the immune system of our body and helps to ease the effects of stress. It helps our bodies to repair the damage from stress and anxiety.

Ashwaganda has been used in Ayurvedic medicine for over 2000 years. It has immuno-modulating effects that aid the body adapting to stress. It can also be helpful in treating anxiety. 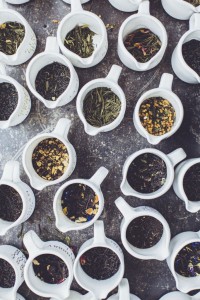 Ginseng is probably one of the more well used adaptogens amongst herbalists. Asian ginseng is used most frequently because it is the most potent of the ginseng family.Â  Studies have shown that Asian Ginseng has great antioxidant effects, as well as helping your body adapt to stress. It can be useful in helping to lower blood pressure in some people.

Holy Basil, which also is known as Tulsi, is the go to elixir in India. It helps to fight fatigue and stabalize your immune system. It can also be used to regulate blood sugar and hormone levels.

Rhodiola is another potent adaptogen that has had many research studies done on it. Rhodiola helps the body to adapt to both mental and physical fatigue that is stress induced. The plant contains a natural phytochemical known as salisdroside. This natural component helps to combat anxiety and aging. Rhodiola suppresses the production of cortisol and increases levels of stress-resistant proteins. Studies have found that it restores normal patterns of eating and sleeping after stress, combats mental and physical fatigue, protects against oxidative stress, heat stress, radiation and exposure to toxic chemicals. Rhodiola protects the heart and liver, increases use of oxygen, improves memory and may extend longevity.

Adaptogenic Spices In Your Cupboard

Modalities of Each Herb

If you have an autoimmune condition, it is best to seek out the help of a professional that is well versed in herbal medicine. There are also supplements that can be helpful in supporting the body.

One should never self diagnose, and should never use herbal or natural remedies unless you know the herb you are taking.

Herbs are natural, but they are medicine. Herbs can have potentially serious side effects or contraindications with over the counter or prescription medications.

This article is for informational purposes only. It is not meant for you to diagnose, or treat yourself.